Everyone has their own mental picture of the perfect success story. Consider the hypothetical Mr. X, who has no close friends, but has nine million in his bank account which pacifies him quite nicely. Ms. Y, on the other hand, has inherited the family fortune, and is prominently listed in the social register. Mr. T, who has virtually no wealth and never socializes, has just written what he believes will be a best seller. And, finally, there is Mrs. Z, who is quite fulfilled with the peace of mind her faith provides.

All of the above people have achieved at least one of the four major categories of success: financial, social, spiritual, and existential. Many people strive their entire lives to achieve their own personal ideas of success, while others have it thrust upon them by inheritance or pure luck. Achieving success is an important ingredient to the happiness and well-being of every human being. 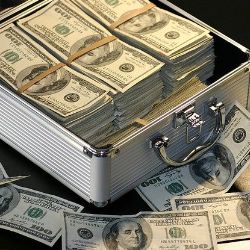 The definition of financial success varies greatly from person to person, but basically it involves the struggle to attain more wealth than one has in the beginning. For a person on unemployment, financial success may only involve enough money for food and shelter. However, those rich oil tycoons just keep striving to make more and more millions. Their idea of financial success is obviously much different than that of the unemployed man.

The financial type of success is one of the most difficult to achieve. Failure in this area has contributed to the breaking-up of families, because most divorces are caused by problems associated with the lack of money. Achieving financial success, whether for survival or power, has become an obsession in America. 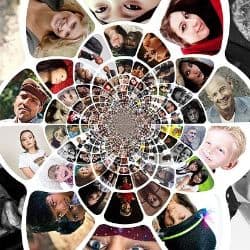 Social success involves being accepted by one’s peers. For some people who do not care to be socially active, this type of success is unimportant. True, they still need acceptance by their peers, but more than likely for occupational reasons. For example, a scientist who makes a new discovery shares it with his colleagues, hoping to gain their positive acceptance. However, some people thrive on the social aspects of life, and consider them to be vital to their existence.

Social success is more prevalent in the wealthier communities, because people with money do not have to worry about basic necessities and can focus their attention elsewhere. The successful socializer is important to big business as well; many business deals are often settled at cocktail parties, luncheons, and bars, rather than the office. 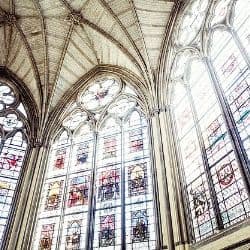 As in most kinds of success, spiritual success means different things to different people. Being spiritually successful is being at peace with oneself, whether through religion or simple mind relaxation. Religion can be as complicated as going to church every Sunday, or it can merely be a prayer before bedtime. Relaxing the mind can be accomplished in many ways: seeing a psychiatrist, meditating, or simply performing something which is pleasing.

A person must be at peace with himself before he can even attempt to conquer other problems. Inner peace contributes to self-worth and the strength to tackle those pressing daily problems. A spiritually successful person has the self-confidence and drive he needs to accomplish other success goals, because he is not clouded with inner turmoil. 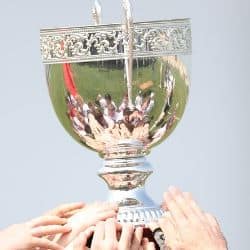 Existential success is that which a person realizes when he has reached the main goal or purpose in his life. Some examples of this might be a scientist’s research project spawning a new invention or a police officer being promoted to Chief of Police. Almost everyone has a main goal in life, but not everyone reaches it. Those who do not reach their goal, however, may enjoy tremendous self-satisfaction and accomplishment.

Many people dream of leaving something behind when they die, of making their mark in the world. Fortunately, people still exist who care more about the creativity of their endeavours and the benefits to others than the financial aspects. Achieving a personal goal after a life-long struggle toward it is the most satisfying and fulfilling kind of success.

Does Success Always Lead to Happiness?

Contrary to popular belief, achieving success does not always ensure happiness. The newspapers are full of articles about successful people committing suicide, getting strung out on drugs, or hurting someone else to release their frustrations. Many times, the pressure of retaining one’s newly realized success is simply too much to bear.

In some instances, the recognition a person receives and the increase in wealth causes drastic changes in their personality, which could eventually lead to self-destruction. Of course, not every successful person will commit suicide. Some manage quite well with their situations, and continue to be happy and productive.

However, if a person is going to take on the responsibility of being a success, he must also realize that no matter how he strives to maintain his position, he may someday have to step down from the spot light. Inevitably, there is always someone waiting in the wings that has similar goals, with new and refreshing ways of achieving them.