I am a Mexican-American male, almost 42 years old. I am grossly overweight for a man my height. I see pictures of Dwayne “The Rock” Johnson, Denzel Washington, and Blair Underwood, and some part of me wants to look like them. Some part of me wants their abs, their well-chiseled features, and their fit bodies. Mind you, this is not so that I can turn on the neighborhood women — God has blessed me with a beautiful wife who loves me just as I am. It’s more of a me-thing than anything. I guess you can say that a certain part of me has bought into the notion that “thin is in“.

I am not very fond of exercise. So like many Americans, I try to look for a shortcut to better health, to lower weight. And indeed, in recent years, there have been a number of so-called alternative solutions to just good-old fashioned exercise and cutting back on portions. Many of them have proven ineffective, while some have proved not only ineffective, some have turned out to be downright fatal. 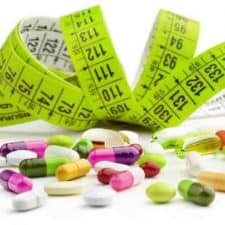 There was one such weight loss method that was very popular in the 90s, which consisted of two powerful drugs that were supposed to aid in the weight loss process. They were fenfluramine and phentermine, taken together as a cocktail, with harmful, and sometimes deadly results. In fact, according to Adrugrecall.com/fenphen, the drug was the target of a recall when it was found out that 30% of patients on the drug, when tested by doctors, came up with abnormal vascular symptoms. In fact, there are well-publicized accounts of deaths and subsequent lawsuits due to this powerful, deadly cocktail. Adrugrecall.com attests to over 100 deaths from the FenPhen craze.

And then there are the diets, such as Jenny Craig, Slim-Fast, and Weight Watchers, to name a few. These can be very costly and, in some cases, they don’t always work for long periods of time. They are usually short-term diets. And in the case of Slim-Fast, a relative of mine has attested to losing the weight on a Slim-Fast diet, only to gain it all back later. As it turned out, the diet only helped her lose water-weight. So once the diet was over, she gained everything back and then some. 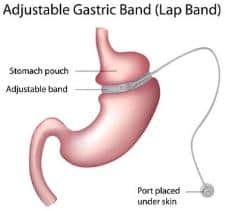 In recent years, a more radical solution has been attempted, that of bariatric surgery. It consists of surgically reducing the size of your stomach and intestines. Kudos to people, like Al Roker and another acquaintance of mine, who have had successful experiences with this surgery. But for every 49 Al Rokers, there is one who dies of complications (www.sheller.com). I’m sorry, but for me that is still a little too risky. And there are doctors out there who don’t even tell you that there are risk factors to this surgery. This in my opinion is the height of malpractice!

So, what does Will do if he wants to lose weight? Well, he must exercise more. He must spend an honest 30 minutes a day working up a sweat, doing stomach crunches, sit ups and push ups. Running and power walking are also good ways to burn those stubborn calories. And, of course, eating smaller portions. I cannot continue to go back for seconds or thirds day after day, and still expect to lose weight. It isn’t going to happen. Because the fact remains that any unused, unburned calories still, last time I checked, got stored as fat. Any time you eat, then go to bed — guess what happens — I am inviting my body to store what I just ate as fat. This, in turn, causes a rise in the numbers I see on that scale.

I must not only eat smaller portions. I must cut back on red meat, and eat more vegetables and fruits, as well as foods rich in fiber, like oatmeal and wheat. These have bulk in them. I need this to keep me going to the bathroom, to keep my system cleaned out. I must acquire a taste for the right foods.

In short, unless I am willing to lose weight the tried and true way, the old fashioned way, all talk of weight loss is just talk. And talk is cheap. 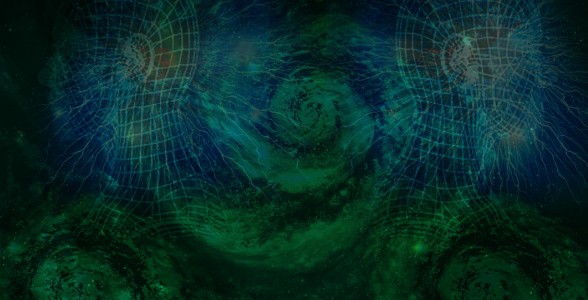