I came across the fire piston not too long ago, and it is a very neat and useful tool for wilderness survival or for having fun on a campout. Wyatt R. Knapp, in his article The Firepiston: Ancient Fire Making Machine, describes a fire piston as a simple machine in which a piston has the end hollowed out just enough for tinder to be placed up into it, and that by forcing this piston into an airtight tube the air inside is compressed, and when air is compressed it heats up. The heated air can reach almost 800 degrees, igniting the tinder in the end of the piston, which can then be used to light other tender and start a fire (1). 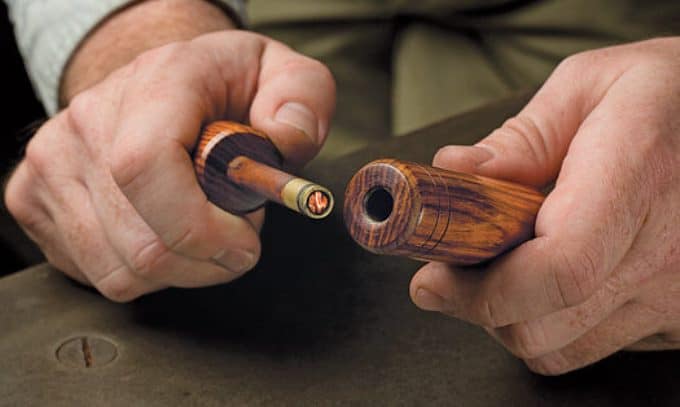 This invention is absolutely amazing. Knapp later explains that the fire piston originated in Southeast Asia during prehistoric times. These people must have been brilliant, or otherwise really lucky. Knapp goes on to observe that the fire piston is prevalent among cultures that use blowguns, so it could be that, while making a blowgun one day, someone compressed the air in the hollowed out bamboo or wood and it ignited, and from then on people were recreating the fortunate accident. Either way, by innovation or observation, this is a really an amazing piece of equipment that can save your life in a tough situation.

John “Lofty” Wiseman, in his book SAS Survival Handbook, says that fire can make the difference between living and dying, and can help by boosting moral, cooking food, preserving food, saving calories that would be used up in heating the body, signaling for help, warding off dangerous animals, and even keeping insects at bay with the smoke (2). Fire is essential to survival in harsh or cold environments, or in any situation where long-term exposure is a possibility.

There are several high quality fire pistons on the market, such as the ones made by Rose Mountain and Wilderness Solutions. Many are hand turned out of hardwoods, and some are even made of buffalo horn, a highly durable and surprisingly attractive material. But products aside, any fire piston you buy on the market is waterproof when stored because of the airtight gasket, and it is capable of lighting many types of tinder. Whether you are an adventurous wanderer or a simple day hiker, the fire piston is a must for outdoorsmen and outdoorswomen regardless of your caliber.